Following the motto of this year’s WCNC (“Boosting Verticals into Wireless Orbit”) and based on the work ongoing at one6G, this industrial session will feature a diverse set of one6G participants* to discuss key enabling 6G technologies for different verticals (e.g., eHealth, industrial automation, transport, etc.). For each of the verticals, the discussion will start with the envisioned requirements and KPIs for the use cases, followed by the gap analysis with respect to 5G NR system, and then a discussion on how new technology breakthroughs envisioned as part of 6G can fill the gap.

*While the planned session participants are members of one6G, the opinions to be expressed in the special session are their own, not an official position of one6G. 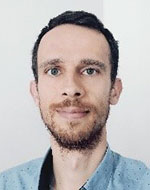 Mate Boban (Senior Member, IEEE) received the Diploma degree in informatics from the University of Zagreb, Croatia, and the Ph.D. degree in electrical and computer engineering from Carnegie Mellon University, Pittsburgh, PA, USA, in 2004 and 2012, respectively. He is a Principal Research Engineer with Huawei Munich Research Center, Germany. He is an Alumni of the Fulbright Scholar Program. He has co-chaired several IEEE workshops and conferences and has been involved in European Union Funded Projects (5G-CAR, DRIVE-C2X, and TEAM) as a Work Package Leader and an Editor of deliverables. He is actively involved in key industry and standardization bodies: 3GPP, 5GAA, and ETSI. He has coauthored three papers that received the Best Paper Award, at IEEE VTC Spring 2014, IEEE VNC 2014, and EuCAP 2019. He is an Associate Editor of IEEE Transactions on Mobile Computing. His current research interests include resource allocation, machine learning applied to wireless communication systems, and channel modelling. 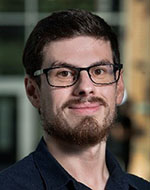 Israel Leyva-Mayorga received the B.Sc. degree in telematics engineering and the M.Sc. degree (Hons.) in mobile computing systems from the Instituto Politécnico Nacional (IPN), Mexico, in 2012 and 2014, respectively, and the Ph.D. degree (cum laude and extraordinary prize) in telecommunications from the Universitat Politècnica de València (UPV), Spain, in 2018. He was a Visiting Researcher at the Department of Communications, UPV, in 2014, and at the Deutsche Telekom Chair of Communication Networks, Technische Universität Dresden, Germany, in 2018. He is currently an Assistant Professor at the Connectivity Section (CNT) of the Department of Electronic Systems, Aalborg University, Denmark, where he served as a Postdoctoral Researcher from January 2019 to July 2021. He is an Associate Editor for IEEE Wireless Communications Letters. His research interests include 5G, beyond-5G, and 6G, satellite networks, random access protocols, mMTC, URLLC, and wireless mesh networks. 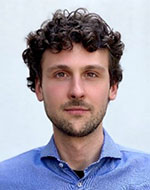 Marco Giordani [M’20] received his Ph.D. Degree in Information Engineering from the University of Padova, Italy, in 2020, where he is now a Postdoctoral Researcher and Adjunct Professor. During his Ph.D., he visited NYU and TOYOTA Infotechnology Center Inc., USA. He has been collaborating with several academic and industrial research partners, including InterDigital, NYU, TOYOTA, NIST, the US Army Research Office, Orange, Huawei, King’s College, and KAUST. He co-authored 50+ published articles in the area of millimeter wave wireless networks, two of which have received Best Paper Awards. He is a recipient of several awards, including the IEEE Daniel E. Noble Fellowship Award from the IEEE Vehicular Technology Society, the Francesco Carassa Prize from the Italian Telecommunications and Information Theory Group (GTTI), and the IEEE ComSoc Outstanding Young Researcher Award for EMEA. He serves as Associate Editor for the “Aerial and Space Networks” section of the Frontiers in Communications and Networks Journal. He is also serving as Guest Editor for several Special Issues of the Sensors Journal (MDPI). His research interests focus on protocol and architecture design for 5G/6G cellular and vehicular networks. 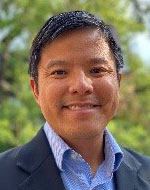 Dr. Ian Wong is Director of RF and Wireless Architecture at VIAVI.  He serves on the O-RAN Alliance as co-chair of the Test and Integration Focus Group (TIFG), editor of the end-to-end test specification and contributor to the conformance and interoperability test specifications for open front haul. 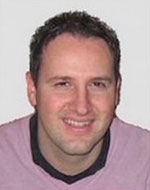 Andrea Giorgetti (Senior Member, IEEE) received the Dr. Ing. degree (summa cum laude) in electronic engineering and the Ph.D. degree in electronic engineering and computer science from the University of Bologna, Italy, in 1999 and 2003, respectively. From 2003 to 2005, he was a Researcher with the National Research Council, Italy. He joined the Department of Electrical, Electronic, and Information Engineering Guglielmo Marconi, University of Bologna, as an Assistant Professor, in 2006 and was promoted to an Associate Professor in 2014. In spring 2006, he was with the Laboratory for Information and Decision Systems (LIDS), Massachusetts Institute of Technology (MIT), Cambridge, MA, USA. Since then, he has been a frequent visitor to the Wireless Information and Network Sciences Laboratory, MIT, where he holds the Research Affiliate appointment. His research interests include ultrawide bandwidth communication systems, active and passive localization, wireless sensor networks, and cognitive radio. He has co-authored the book Cognitive Radio Techniques: Spectrum Sensing, Interference Mitigation, and Localization (Artech House, 2012). He was the Technical Program Co-Chair of several symposia at the IEEE International Conference on Communications (ICC) and the IEEE Global Communication Conference (Globecom). He has been an Editor of IEEE COMMUNICATIONS LETTERS and IEEE TRANSACTIONS ON WIRELESS COMMUNICATIONS. He has been elected Chair of the IEEE Communications Society’s Radio Communications Technical Committee from 2017 to 2018.