The COVID pandemic has disrupted life globally.  Doing so has led to significant demands for better communications and an acceleration in the development and deployment of online services.

Many vertical industries are evaluating 5G and other wireless technologies, though deployment has been slower than many expected.  3GPP has developed a suite of additional capabilities and performance enhancements with 5G-Advanced—Release 18 and later.  Virtualization and open RAN are also reshaping the industry.

Industries and researchers are investigating both new services and breakthrough technologies.  6G, which 3GPP is expected to turn its attention towards in the second half of the decade, is expected to bridge the physical and virtual worlds further and to bring technical improvements in many areas such as energy efficiency, security, and network resilience.  6G systems are expected to integrate other computing, communications, and data storage and access functions. 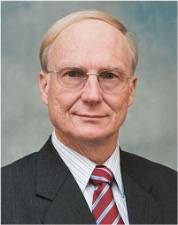 Dr. Edward G. Tiedemann, Jr. is an IEEE Fellow, a Qualcomm Fellow, and a Senior Vice President of Engineering of Qualcomm Technologies, Inc.  He leads Qualcomm’s worldwide standardization and industry organization activities.  Dr. Tiedemann was instrumental in designing and developing the TIA/EIA/IS-95 CDMA system, also called cdmaOne™.  He has been in every G since then.  Dr. Tiedemann has almost 300 granted US patents and has participated in many papers, conference lectures, and industry panels.  He is interested in multiple topics in communications, including 5G and beyond, IoT, and V2x.

Dr. Tiedemann is past chairman of the Advisory Board of the College of Engineering at Virginia Polytechnic Institute and State University (Va Tech).  He currently sits on the Advisory Board of the Purdue University School of Electrical and Computer Engineering, the Hong Kong University of Science and Technology (HKUST) School of Engineering Advisory Committee, and the International Advisory Panel of the Singapore Future Communications Research & Development Programme.  Dr. Tiedemann currently serves as the IEEE Communications Society as Director, Standards Development.  He was General Chair of IEEE GLOBECOM 2015.  Dr. Tiedemann is also a member of the board of advisors of the Peabody Essex Museum and the Board of Trustees of the Concord Museum.  He has received numerous recognitions, most recently the Robert M. Walp Industry Humanitarian Award from the IEEE Communications Society.

Received the B.Sc. degree in electrical engineering and computer science in 1996 from the University of Novi Sad, Serbia, and the M.Sc. and a Ph.D. degree in electrical engineering from Wireless Information Network Laboratory (WINLAB), Rutgers University, USA, in 2000 and 2004, respectively.  Since 2000 Dragan has been with Bell Labs, where he has been involved in the next-generation wireless system research. His research interests include analysis, design, and experimental evaluation of radio access solutions.  He has recently focused on radio access implementation platforms (dedicated and CoTS) and Cloud RAN.  Dragan is currently managing research work at four international Nokia Bell Labs locations.  He received the Bell Labs Fellow award in 2017.

Dragan teaches and mentors students at the University of Novi Sad, covering communication networks, signal processing, and deep learning.  He led several courses, including at Columbia University, and held numerous technical workshops worldwide.  He has authored over 50 peer-reviewed publications and multiple patents granted and pending.

Wu has had over 30 years of research and development experience in the wireless industry and has contributed extensively to global 2G CDMA, 3G 1xRTT, UMTS, HSPA, and 4G WiMAX, LTE radio interface, and network architecture design and development. Wu holds more than 40 issued US patents with many patents pending. He has numerous research publications in mobile wireless communications and networking. Before Intel, Wu served as director of wireless architecture and standards at Nortel Networks, responsible for system performance, standards research, and technology development in 3GPP2, 3GPP, IEEE, and WiMAX. 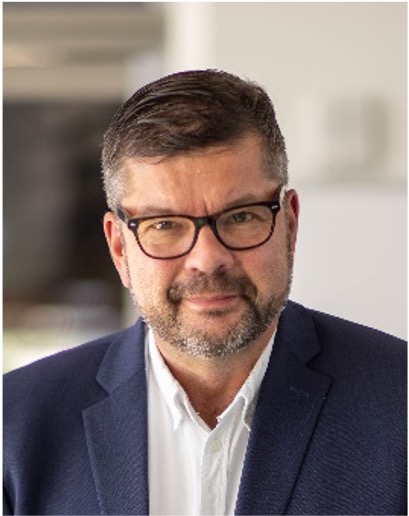 Jan Soderstrom is Vice President and Head of Advanced Technology and Industry U.S. based in Silicon Valley, California, and reporting to Ericsson Group CTO. In this capacity, he drives the technology leadership work in 5G, Cloud, and IoT, including co-creation with ecosystem partners. Jan built the Ericsson D-fifteen Lab network platform for case innovation and testing. Jan is also engaged in the quest for American leadership in 5G and 6G – he serves as the Vice-chair of the NextG Alliance and as a board member of ATIS. Jan is also a member of the Board of Trustees for the University of California Merced.

From 2013 to 2017, Jan was driving the NFV and cloud transformation program at Ericsson. Before this,  he had a decade-long engagement at Ericsson Research, heading the research in IP and Cloud, including three years in San Jose building up the Ericsson lab there. Jan has a Ph.D. in Applied Physics from the Chalmers University of Technology and spent his early career working with optoelectronic devices and optical networking. 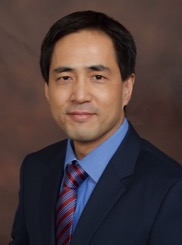 SVP and Head of the Standards and Mobility Innovation Team at Samsung Research America.

Charlie Jianzhong Zhang is SVP and head of the Standards and Mobility Innovation Team at Samsung Research America, where he leads research, prototyping, and standards for 5G/6G and future multimedia networks. He is also currently serving as the Chairman of the Board with FiRa Consortium, which is dedicated to the development of seamless user experiences using the secured fine ranging and positioning capabilities of interoperable UWB technologies. From 2009 to 2013, he served as the Vice-Chairman of the 3GPP RAN1 working group and led the development of LTE and LTE-Advanced technologies such as 3D channel modeling, UL-MIMO, CoMP, Carrier Aggregation for TD-LTE. He received his Ph.D. degree from the University of Wisconsin, Madison. Dr. Zhang is a Fellow of IEEE. 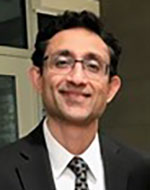 Milap Majmundar leads the Advanced Wireless Technology Group at AT&T Labs in Austin, TX, which is responsible for wireless research and strategic standards evolution for 5G-Advanced and 6G, including various aspects of wireless technology and spectrum strategy. He has over 25 years of experience in the cellular wireless industry, working on various physical layer, layer 2 and RAN architecture aspects of every generation of cellular wireless technology including D-AMPS, TDMA, GSM, GPRS, UMTS, HSPA, LTE/LTE-Advanced and 5G NR, and has been involved in the specification of cellular wireless standards in the TIA/EIA and multiple 3GPP RAN working groups. He received the MS degree in Electrical Engineering from Virginia Polytechnic Institute and State University and the MBA degree from The University of Texas at Austin. He currently holds about 110 granted patents and additional filed patents in the area of wireless communications.